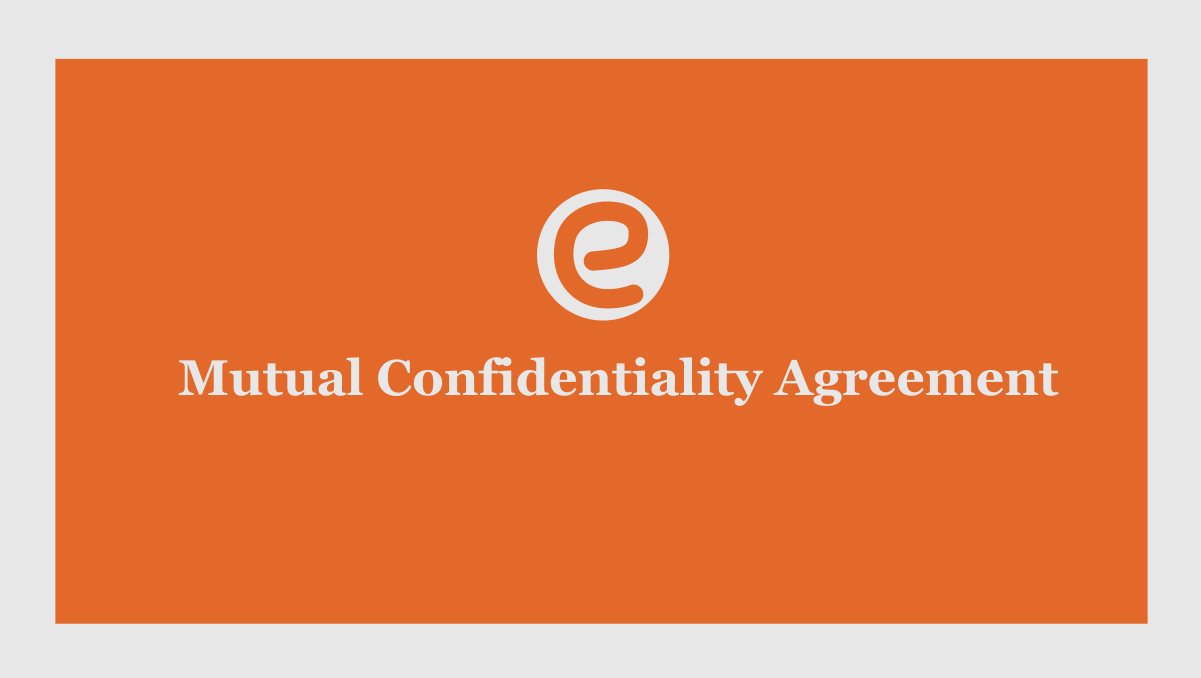 It is a contract through which the parties agree not to disclose information covered by the agreement. An NDA creates a confidential relationship between the parties, typically to protect any type of confidential and proprietary information or trade secrets. As such, an NDA protects non-public business information. Like all contracts, they cannot be enforced if the contracted activities are felonies. NDAs are commonly signed when two companies, individuals, or other entities (such as partnerships, societies, etc.) are considering doing business and need to understand the processes used in each other's business for the purpose of evaluating the potential business relationship. NDAs can be "mutual", meaning both parties are restricted in their use of the materials provided, or they can restrict the use of material by a single party. An employee can be required to sign an NDA or NDA-like agreement with an employer, protecting trade secrets. In fact, some employment agreements include a clause restricting employees' use and dissemination of company-owned confidential information. In legal disputes resolved by settlement, the parties often sign a confidentiality agreement relating to the terms of the settlement.

In some cases, employees who are dismissed following their complaints about unacceptable practices (whistleblowers), or discrimination against and harassment of themselves, may be paid compensation subject to an NDA forbidding them from disclosing the events complained about. Such conditions in an NDA may not be enforceable in law, although they may intimidate the former employee into silence. A non-disclosure agreement (NDA) may be classified as unilateral, bilateral, or multilateral. Many banking institutions maintain client privacy through confidentiality agreements. Some, akin to attorney–client privilege, offer banker–client privilege. Examples of this agreement are The Dolby Trademark Agreement with Dolby Laboratories, the Windows Insider Agreement, and the Halo CFP (Community Feedback Program) with Microsoft.