Undocumented Immigrants in N.Y. Rush to Get Licenses 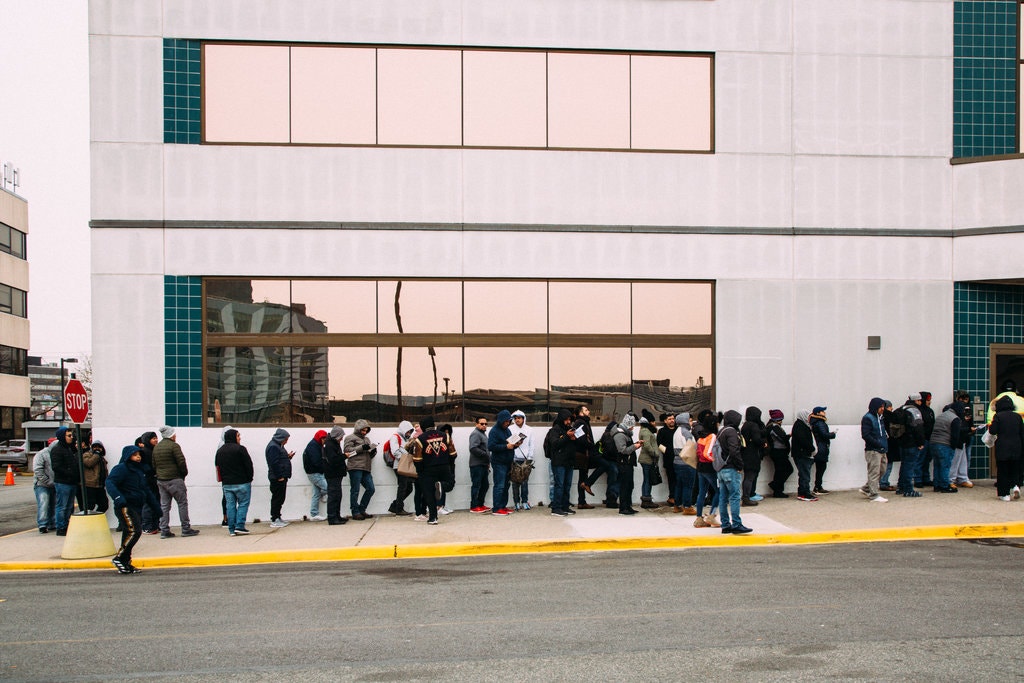 People lined up outside a  Department of Motor Vehicles office in Flushing, Queens on Monday. Credit...Elizabeth D. Herman for The New York Times

On the New York side of the Hudson River, lines outside some Department of Motor Vehicles offices stretched for blocks on Monday, as people sought to take advantage of a new state law allowing undocumented immigrants to obtain driver’s licenses. The same day, the first that New York’s so-called Green Light Law went into effect, lawmakers in neighboring New Jersey approved similar legislation. The action unfolding in the two heavily Democratic states came against a backdrop of President Trump’s hard-line immigration policies that aim to limit entry into the United States and have included separating children from their parents at the border. The administration’s moves set off an intense national debate over immigration — one that New York addressed in June, when lawmakers approved a bill allowing licenses for undocumented residents. That move was celebrated by undocumented immigrants and activists alike. On Monday, offices in New York were swamped as people previously ineligible to apply for licenses lined up, documents in hand, to seek the legal right to drive. In New Jersey, immigration activists and undocumented immigrants had also been fighting for years for the right to obtain driver’s licenses in a state with a large immigrant population that is largely defined by its suburbs and rural swaths, and where public transit often is unavailable or undependable. Tasks like grocery shopping, commuting to work, taking a child to school and visiting a doctor all hinge on the ability to drive legally, supporters have argued. “It’s about survival,” said Eva Gomez, 39, an undocumented immigrant from Mexico who lives in Passaic, N.J. On Monday, the hard-fought battle ended as legislation authorizing driver’s licenses for migrants who are not in the country legally passed the Democrat-controlled State Legislature. Gov. Philip D. Murphy said he would quickly sign it into law, making New Jersey.

the 15th state to grant driver’s licenses to undocumented immigrants.