Civics 20 Questions for the 65 years or older people

Civics 20 Questions for the 65 years or older people

The Immigration and Nationality Act provides for special consideration of the civics test for applicants who, at the time of filing their Form N-400, Application fo Naturalization, are over 65 years old and have been a permanent resident for at least 20 years. These applicants qualify to take the civics test in the language of their choice. They are also given special consideration as they are only required to study 20 of the 100 civics test questions for the naturalization test.

1. What is one right or freedom from the First Amendment?*

2. What is the economic system in the United States?*

3. Name one branch or part of the government.*

▪ the Senate and House (of Representatives)

▪ Answers will vary. [District of Columbia residents and residents of U.S. territories should answer that D.C. (or the territory where the applicant lives) has no U.S. Senators.]

6. In what month do we vote for President?*

7. What is the name of the President of the United States now?*

▪ Visit uscis.gov/citizenship/testupdates for the name of the President of the United States.

8. What is the capital of your state?*

▪ Answers will vary. [District of Columbia residents should answer that D.C. is not a state and does not have a capital. Residents of U.S. territories should name the capital of the territory.]

9. What are the two major political parties in the United States?*

10. What is one responsibility that is only for United States citizens?*

▪ serve on a jury

▪ vote in a federal election

11. How old do citizens have to be to vote for President?*

12. When is the last day you can send in federal income tax forms?*

14. What was one important thing that Abraham Lincoln did?*

▪ saved (or preserved) the Union

▪ led the United States during the Civil War

▪ worked for equality for all Americans

17. What is the capital of the United States?*

[Also acceptable are New Jersey, near New York City, and on the Hudson (River).]

▪ because there is one star for each state

▪ because each star represents a state

▪ because there are 50 states

20. When do we celebrate Independence Day?* 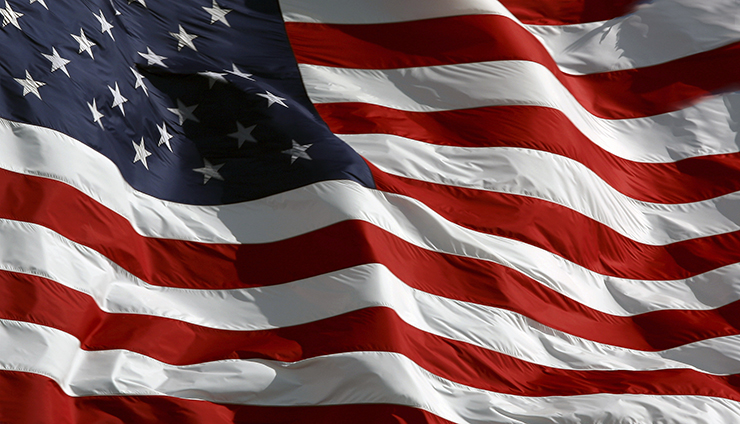